Rick Rifici is an award-winning Australian director of photography with over 30 years experience in the film and television industry. Based in Australia, rick is a world-class cinematographer with a unique body of work that reflects his love of motion pictures and his passion as an avid waterman. 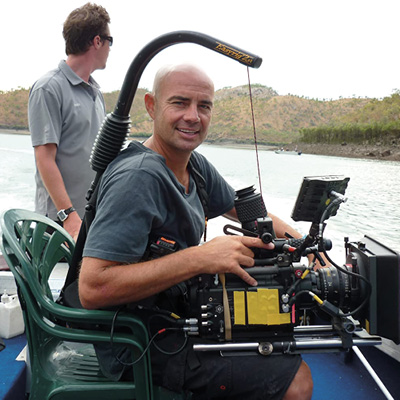 Drawing on skills and disciplines from his roots in broadcast television, Rick has progressed to become one of the world’s most highly regarded and sought-after land, air & water cinematographers, having worked on numerous feature films and international TVC  spots in recent years, in addition to his ongoing work in action sports films and documentaries. A highlight for Rick includes his AACTA nomination for best cinematography on the feature film, ‘drift’ starring Sam Worthington and more recent his work with Simon baker for the movie ‘Breath’ filmed in the deep south of Western Australia.